Badly Drawn Boy’s headline set at the Windmill was a fractious end to a well-curated Elliott Smith tribute night. Our Features Editor, Keith Lewis, was there to pay his respects…

It was ten years to the day that singer songwriter Elliott Smith died. A clear loss to the music world, Smith’s fragile sounds resonated with a generation. Garry Hutchinson, a fan who belongs to this generation, was the driving force behind this celebratory tribute night in Brixton.

It was the only night of its kind in the UK, made even more special as Garry had lined up Damon Gough (aka Badly Drawn Boy) to headline. His performance would turn out to be divisive.

The evening kicked off with some dreamy sounds and wounded lyrics (“on the right side of low again”) from three-piece Jaq Gallier. Seeing as Elliott Smith made music for the sad kids, they set the ball rolling.

Each of the supports payed tribute with some well-handled covers. The reaching vocals of Melissa Clark, along with her Alt-rock group AAG (All American Girl) covered Strung Out Again and Angel in the Snow with poignancy. And there was a solid solo set from Dexy, the lead singer of Sweetheart Contract, whose Waltz 2 cover was possibly the musical highlight of the evening.

Garry had left no stone unturned and had even had contact from Elliott Smith’s sister. Delighted to hear of the tribute, she had sent across some undeveloped negatives of the her brother in New York. They were being raffled off for Mind Charity, which is where the proceeds from the door went.

There was a long wait for Badly Drawn Boy to arrive on stage. But it had been a year and a half since he’d played in London so an extra half hour was no disaster.

Undoubtedly, it was an emotional night for him – Elliott Smith has been an undeniable influence on his career. But his set kicked off with his own announcement that he would not be playing any of Smith’s songs. This disappointed some of the crowd. But his fans appeared to ride high on his candid rants (for a while at least).

He occasionally burst into the chords of a well-known hit. But he kept stopping to talk. To talk  about his controversial 2012 LA gig without remorse (a gig where he abused the crowd and told them he would never play live again). To talk about Beck. And finally, to talk about how many times he had met Smith. Badly Drawn Boy seemed to be talking from the heart but some might argue it was flowing a little too freely – like the whisky and cokes that he sipped onstage from a straw.

It got a bit awkward. Some heckling started in reaction to Badly Drawn Boys continued obscenities. And it didn’t sit well with the singer songwriter who became totally distracted, then obsessed by it. The result was an unwieldy exchange between him and a fan, who was consequently ejected from the venue.

But if any good had come out of it, the heckling led to his first song. He played The Shining, the first track on his Mercury prize-winning The Hour of Bewilderbeast. It was played in its entirety but unfortunately interspersed with a mouthful of profanities aimed at the now departed heckler.

In his own way Damon did pay homage to the excellent covers from the evening’s previous acts. All the more reason not to do any himself, he insisted. He seemed like a man grappling with confidence. He didn’t even play a huge amount of his own music. It might be argued that Gough’s presence was heartfelt and sincere – he had a lot he wanted to say even if to some it was a little uncomfortable.

To end the evening Damon introduced Tom Rothrock, producer of some of his own albums, but also of Elliott Smith’s Either/Or and XO. Tom was close to Smith and had dropped in on his way back to LA to share some memories of his late friend. After all, the night was about Elliott Smith. It is because of him that emotions were running high. The evening was undeniably eventful but it should be remembered solely for the singer songwriter and his dedicated fans who put on such a good show.

SEE PHOTOS BELOW. All images thanks to James Jebson (@jebsonphoto) 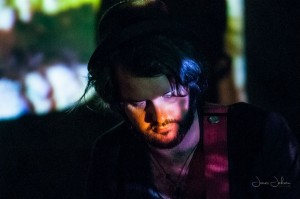 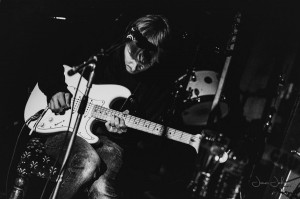 Head to the windmill to see bats and the sails turn