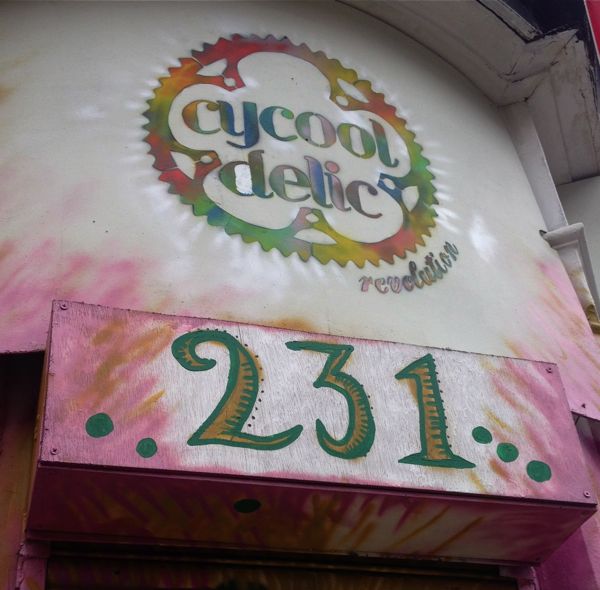 From a professional perspective, two things about Cycooldelic Revolution struck me as immediately problematic. The first thing is the name. “Cycooldelic” doesn’t so much trip off the tongue as it does stagger around your mouth for a while, knocking into a few molars and apologizing profusely to your gums before finally finding the exit. Cycledelic would be awkward enough on its own but superfluously crowbar the word “cool” into the middle and you almost have me running for the nearest Evans or Cycle Surgery. Yuck.

The second issue I had was that although Cycooldelic is a bike repair cum recycling centre slash café situated on an arterial highway, it doesn’t open until 9am on a weekday – something I only discovered only when I tried to stop by for breakfast and couldn’t. A thousand or so by-bike commuters (we’re trying to phase out the term “cyclists” so as to reintegrate ourselves into the wider population) must ride the length of Brixton Road every morning. At least a few of these will occasionally develop mechanical difficulties, lack the wherewithal to address them, and be more than happy to grab a coffee and a croissant while you get them roadworthy again. Why not get in a little earlier?

All of this felt tremendously important right up to the moment I wheeled my steed onto the decking and met Leo, the owner, and Cactus, his cat. Although the names might actually be the other way round.

Within minutes Leo (or Cactus) was telling me about their last ride and I immediately felt like I’d like to join them on the next one. That was when I realised what a massive tool I had been: that all that stuff I’d been so sniffy about is just noise, and what really matters is that Cycooldelic is run by good people who want to do worthwhile things well.

One freshly made carrot, apple and ginger juice and one lemonade with mint – neither of which sacrificed flavour for the feeling that they were doing us some good – along with two slices of moist as anything banana and carrot cake – with whipped cream because I wasn’t driving – and a coffee came to a tenner. Actually £10.30 but rounded down “because it’s just easier, isn’t it?” This is what Brixton should feel like. 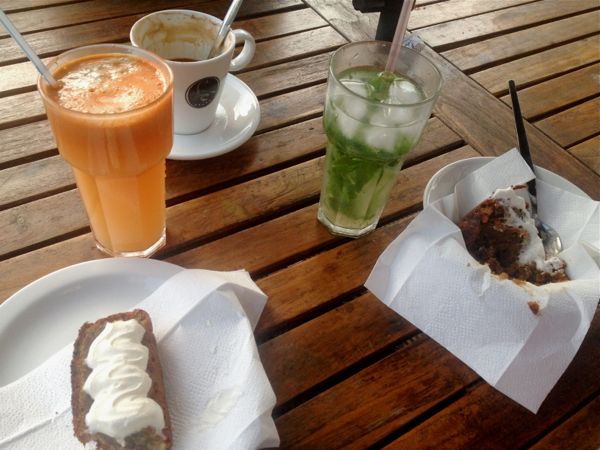 My ride wasn’t in need of repair so I can’t speak as to the level of expertise or the quality of work they do. Still I am confident they’d do a decent, honest job, and that I would not be sneered at for not knowing the difference between a stem and a cassette, or admonished for over-greasing my chain (NB. not a euphemism.)

What I want from a bike service, and what I seldom – if ever – get, is a bit more empathy and a lot less judgment. I love riding my bike and I care that it works but I’m not all that interested in learning how it does so. Although I know enough to generally keep it going – I can change an inner tube, adjust the brakes, even repair a chain – beyond that I’d rather someone did it for me and not act all offended by my ignorance.

Cycooldelic may not have everything right – although I’ve grown quite fond of the name – but it’s somewhere I’d make an effort to go to and would happily hang out for an hour while my bike was given some TLC. That makes it pretty special to me. And “bike caff cat” is definitely the new “pub dog”.

Nick Christian is a keen rider of bikes and can be found on Twitter at @nickchr1stian. He is organising cycle event ridethetube.co.uk and is definitely the man to ask about where to refresh oneself when cycling round London. 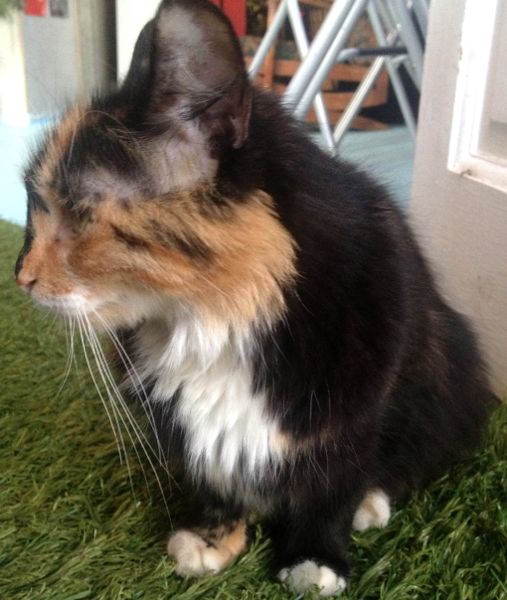 Girl, 12, hit by a train at Brixton Tube station