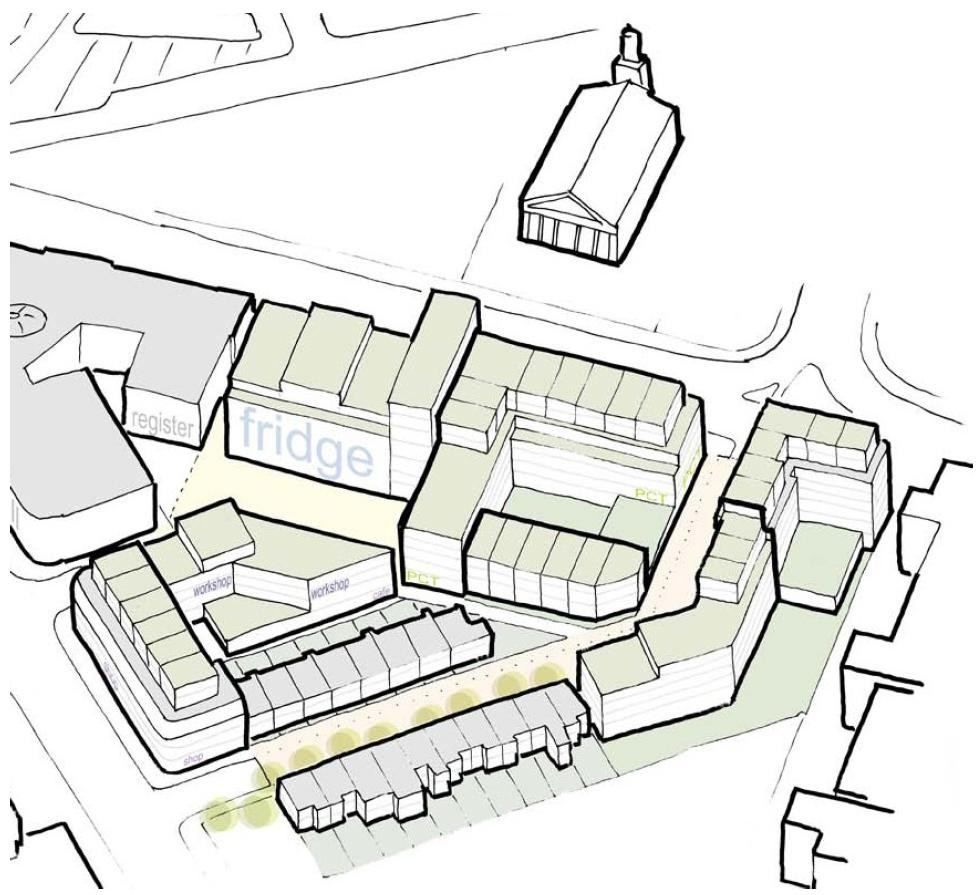 Lambeth Council’s plans to redevelop the centre of Brixton continue apace as they step up to the next stage of the town hall project.

Three developers bidding for the ‘SW2 Enterprise Centre’ on Brixton Hill will exhibit their final schemes this autumn at a date yet to be confirmed.

Under the plan, a new set of council offices will be built around the town hall in central Brixton. The town hall itself, which is a listed building, will be modernised.

After redundancies and budget cuts over the past few years, there is now empty office space in the borough. The council has estimated that by reducing the amount of civic buildings in its portfolio and condensing its offices onto the town hall site, it will save up to £4.5million a year.

Provisionally called the SW2 Enterprise Centre, the campus is to include facilities to be used by community groups, local businesses and entrepreneurs.

When we first reported on the development last year, concerns were voiced that the plans had been passed through council without much public input, despite the fact that the public is currently being consulted on ‘Future Brixton’ and despite Lambeth’s new co-operative policies. The area falls under the remit of the Brixton Masterplan but was not mentioned to participants in workshops about the Supplementary Planning Document last summer.

While the SW2 Enterprise website makes little mention of any co-production or co-operative work with local residents to deliver the new ‘campus’, all attendees to the exhibits will be able to leave feedback which will then be used in a final report to be considered by the Cabinet.

The website claims that the principles of the co-operative council will be borne out “by creating a civic place where the public, users and residents can integrate with and have visibility of civic functions.”