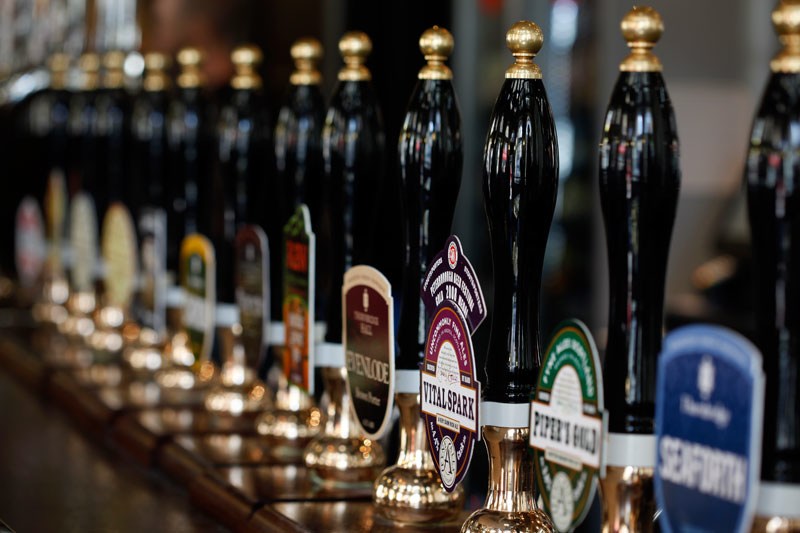 The Duke of Edinburgh pub on Ferndale Road came under new ownership on Wednesday after the previous landlord and tenants were forced to leave.

A company called Solitaire, which owns Shacklewell Arms in Dalston, The Chequers (Walthamstow), The Three Crowns (Stoke Newington) and Pub on the Park (London Fields), bought the pub earlier this summer and opened as new owners on Wednesday.

The previous owners Pubs ‘n’ Bars went into administration in 2009 and the ownership of the building was taken over by a bank. But instead of selling the building outright, the bank kept it on as a pub.

Anthony Zee, landlord of the Duke of Edinburgh since that time, told the Brixton Blog last night: “we have been there four years and built the business since then. Then the building went up for sale this year, which wasn’t a surprise because we always knew they would sell it at some point.”

The sale of the popular pub was put to sealed bids with a bid from Solitaire coming in above Zee’s own attempt to buy the pub he had been landlord of since 2009. Zee said: “I wanted to try to buy it myself. But I couldn’t stop Solitaire from buying it – he bid he won.”

Zee received a letter in July saying he would remain tenant until Solitaire took over on August 14. He also lived above the pub along with several other tenants.

Zee said: “It was shell shock for everybody. This is my work – I built and paid for all this stuff…It was a massive shock. We’ve had amazing support from people on facebook and Twitter.”

In response, Adie Nunn from Solitaire told the Blog: “he was given five weeks notice.”

Zee wrote on the Duke of Edinburgh Facebook page on Wednesday:

“We were told 24 hours in advance to clear out, they wanted to buy all the fixtures and fittings that made the pub great, and we refused to sell it to them. People were treated very badly here but what can you do when banks and people with a lot of money want you out! So it’s the end of the duke as you knew it…… But we are looking around to do other things so maybe not! We will you let you know. Just a massive shout out to all you lovely people who made this pub great and thanks so much for all the support you gave us over the last four years we will miss you and hope you miss us. We are also are looking for venues to continue our ciderfest elsewhere so watch this space! Xxxxxxx”

Adie Nunn from Solitaire said: “We will be installing more ale pumps and cask beers from micro breweries and classic brewers, such as Five Points, Lagunitas, Sam Adams, Redemption, Dark Star and more.

“Other than improvements to the booze and food selections you shouldn’t expect much to change about this fantastic boozer.”

0
Reliance Arcade was built onto an existing Georgian house between 1923 and 1925, in the Art Deco style. The Electric Lane frontage is a...

Opportunities for young people with Code7