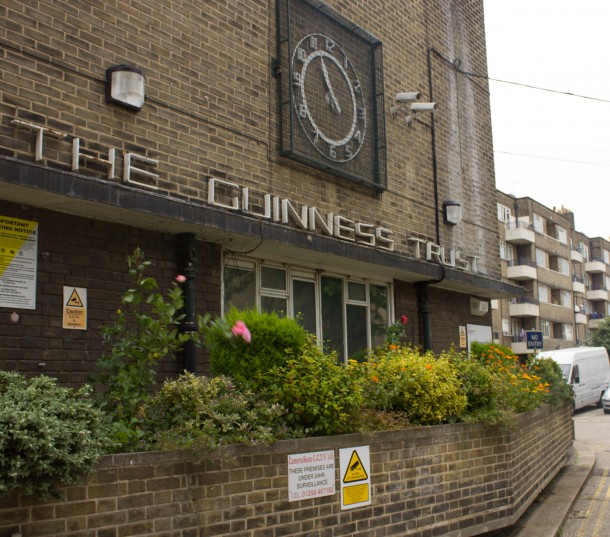 Malvia sits down with difficulty, and carefully rests her crutches on the sofa. After a long and difficult struggle, she finally has a new flat. She explains that she had previously been a resident at Guinness Trust’s Loughborough Park estate for seven years, but was abruptly notified in March last year that she had only two months to leave her home.

Vulnerable and nervous at the prospect of not having anywhere to live, Malvia and other evicted residents that I spoke to, claim that they were reassured by Guinness Trust that they would be rehoused once the new redevelopment started. However, when the time came to leave, no alternative housing was offered to her by Guinness Trust or Lambeth council, effectively making her, and others, homeless. The only option available to her was to rent privately – an almost impossible task in the current climate of exponentially high rent prices in Brixton.  With no space to put anything, and not enough money to afford storage, Malvia had to leave most of her possessions in her old home.

She told Brixton Blog that the stress of being made homeless by Guinness Trust made her so ill that she was hospitalised for four weeks after being evicted from her flat.  A year on, she still has regular check-ups with the doctor.

“We have been treated so badly and have been thrown out all over the place, to the outskirts of London. They [Guinness Trust] are just bringing the people they want to bring in.”

“It is really important that people know what they did to us.”

Despite chimes for positive and necessary change by Guinness Trust, in between the lines of the rhetoric are the lives of local short-term tenants who have been made homeless due to these redevelopment plans, and feel very strongly that they have no voice within the process, and no rights.

Betiel Mehari, who owns a local business in the area and is a mother of two, is still living in her flat of eight years, and says that she feels “trapped”. She cannot terminate her contract, yet cannot make herself intentionally homeless, as this would mean that Lambeth would not grant her much needed help and support. Worried about uprooting her two small children from the local primary school, she said:  “It is like living in limbo, I want to leave before they tell me to leave, but I can’t. I won’t be able to afford to rent privately when we leave. I don’t know what we will do.” Betiel and her family have no option but to stay whilst the buildings get torn down around them.

The housing association is working alongside the local authority and private contractors to carry out a £75m transformation of the estate. The plan will see the demolition of the existing buildings, with 390 social housing flats and 525 new mixed-tenure apartments being put up in their place. The seven-year project is due for completion in 2018.

In August last year, one vulnerable resident of the estate, Steve Simpson, was found dead in his flat just months after a draining court battle with Guinness Trust that led to him being evicted from his home.

Another short-term tenant of three years, who did not want to be named, says her health suffered hugely after the ordeal of battling eviction. Following this, she was moved to a hostel by Lambeth Council for a year which she described as “like living in a box”.

She added: “Guinness Trust are playing a double game. They are talking about regeneration and modernity on one side, but on the other, they are getting rid of us.”

When I asked her who ‘us’ is, she told me: “Us, the black community. It is disturbing what is going on.”

When approached about the question of social and ethnic cleansing, Guinness did not give a response.

Other residents told me that they feel “uncomfortable” with the regeneration project, in the context of wider changes in Brixton as a whole. There is a strong feeling that, in the words of one resident, “they are chasing one community out to replace with another”.

In response, Guinness said: “The evicted residents were on short term, not lifetime, tenancies.  They were told when they accepted the tenancies that they wouldn’t be rehoused once the redevelopment started.

“We went over and above any legal requirement to provide support for affected residents.  As well as working with Lambeth to provide support and advice, we paid for a rent deposit for residents that didn’t qualify for local authority housing.” Contrary to this, ex-residents feel a complete lack of support from the housing association.

The Guinness Trust’s website positively outlines the addition of lifts, increased spaciousness and a number of environmentally friendly features such as a green roof system. Indeed, sustainability, for both the residents and environment, is highlighted as the key focus for the project and community as a whole.

Guinness Trust says that in the past 18 months there have been 18 evictions which had been carried out with a court order and bailiffs. However if you speak to local residents, they will tell you that there have been many more.

A Guinness Trust statement said: “Almost all were obtained for illegal subletting, significant rent debts that weren’t being repaid, and two were where temporary tenancies had come to an end,” a statement said.

“On completion, our new mixed tenure Loughborough Park Estate will contribute positively to the wider regeneration of Central Brixton being promoted by the Local Authority.”

It is true that the estate needs redevelopment and modernisation. Walking around the buildings, you can see lights that don’t work, doors that don’t close, and a general shabbiness to the grounds. But is the physical redevelopment being done at a human cost? Who does this regeneration really benefit?

“There needs to be space for everybody. Everybody just wants somewhere safe and affordable to live” concluded one resident.

If the tenants feel “shipped out”, uneasy, and angry, then we need to critically think about which groups are excluded and push for more accountability in the process.

Saara is a freelance journalist from London. She tweets at @saarajr 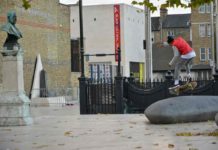 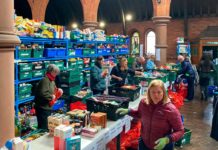