Residents living close to a major development planned for central Brixton have told Brixton Blog they have mixed feelings towards the regeneration scheme. 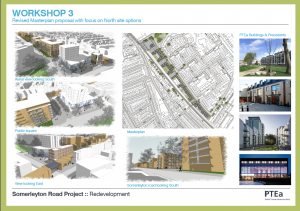 Plans to build 280 new homes, a theatre and a chef school in Somerleyton Road were given the green light by councillors at Lambeth Town Hall on Monday. The council has now begun looking for a suitable developer to push the project forward.

When Brixton Blog visited the road this morning to speak to some of the residents, locals expressed frustration at the plans, with some saying they feel excluded by the process.

One resident, who gave his name as Derek, said: “They never ask me what I think. The system is the way it is, there is no consultation with the local residents – maybe one or two to abide by the law, but that’s it. All other plans have been disruptive to us. Good luck to them, but we’re not a part of it”.

Tameca, who also lives nearby, said that she thinks the redevelopment is a generally a good thing, but added: “I don’t feel included in the plans and there is no opportunity to express my voice. I want to get involved”.

Other residents openly welcomed the plans. Sonny, a long-term resident of Somerleyton Road, said: “Of course it is a good idea. Develop the place, why not? It doesn’t exclude me, I am happy about it”.

The transformation of a strip of land on the west side of the road is being run by the council. They are working with the Ovalhouse Theatre and the Brixton Green organisation,  who aim to make the provision of jobs and training opportunities  for local people “crucial” to the development.

On the benefits that the project will bring to the area, cllr Pete Robbins, cabinet member for housing and regeneration said: “This is a big step forward for a unique and exciting project that will deliver more jobs ad homes that people in Brixton can afford.

“Our partnership with Brixton Green and Ovalhouse Theatre is a model for how we want to work with the community to bring positive development to Brixton. A big thanks to the hundreds of local people who have contributed to the plans so far”.

Of key importance is the provision of affordable housing included in the development. Lambeth council has said that new ways to deliver affordable housing are “a priority”. A spokesperson said: “Of the 280 houses that could be built, at least 79 of these housing units could be the same level as council rent. A further 30 could be shared ownership, and similar and various schemes are being investigated by the local authority.”

When pressed for a more assured response, the council explained that at this stage this is just an outline proposal.

An interesting feature of the plans is the relocation of Ovalhouse Theatre, which currently resides in Kennington, to the site. The new building will have two theatres and a workspace for local cultural industries.

Theatre director Deborah Bestwick said: “Brixton used to have seven theatres. The arts have been part of Brixton’s identity for generations, the music halls, the bashment parties, a galaxy of famous poets, writers and actors.

“We want to contribute to what has always been Brixton’s strength, whilst creating facilities that will enhance what Ovalhouse can offer with a  brand new building  where theatre artists and young people can realise their potential and excite audiences. “

A ‘Walk and Talk’ event will be held on July 18 as an opportunity for locals to get involved and help to shape the brief that will be sent out to potential developers. Find out more here. 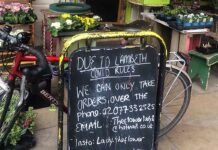