Dozens of people were evacuated from their homes and businesses this afternoon after a roof collapsed on Acre Lane, Brixton.

Acre Lane  remains closed in both directions after the incident above Eclat Hair Salon, opposite Lidl supermarket.

Emergency services were called at about 3.30pm following the collapse, and firefighters are on the scene with engineers to inspect the damage.

No-one was hurt during the incident, as the flat below the roof was empty. 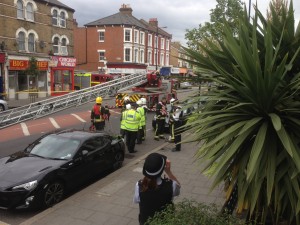 Owner of Eclat Hair Salon, Priscilla, told Brixton Blog she heard a rumbling as the roof collapsed into the flat above shop. She said: “I was in the salon and we heard a noise. First of all I though it was someone taking a bike up the stairs – obviously now we know that it was the bricks collapsing.

Priscilla added: “I rang the people who live in the flat, and luckily they weren’t in.”

The owner of Supertone Records, who had been evacuated, said: “We just came out and saw the roof had collapsed. Now we’re not allowed back in until they’ve checked the damage.” 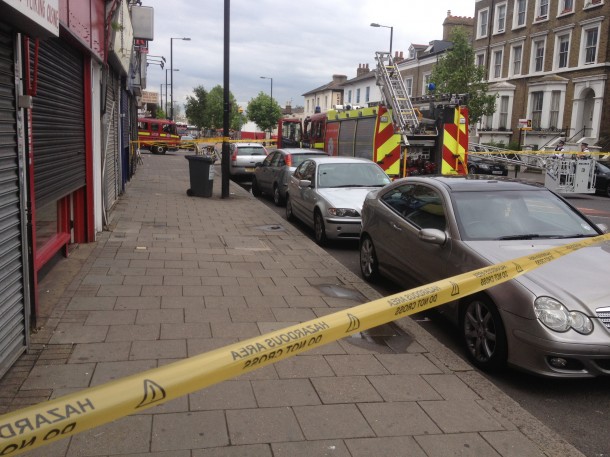 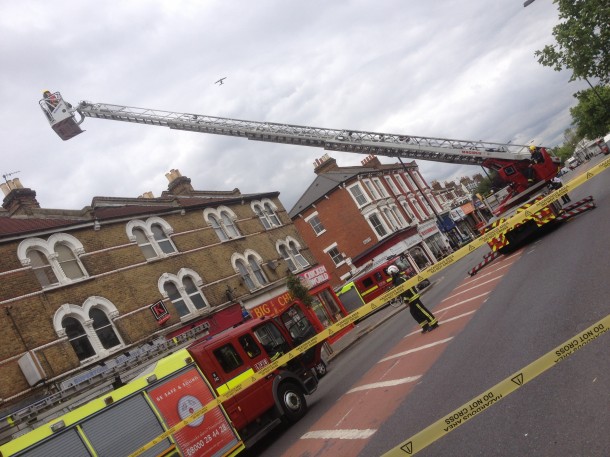 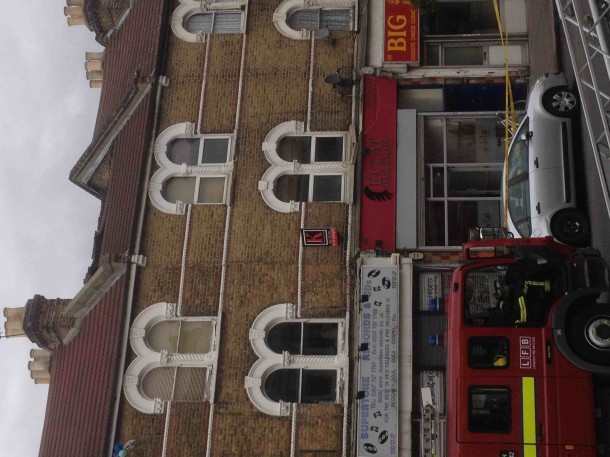