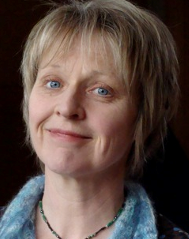 Carlton Mansions, on Coldharbour Lane in Brixton:  I lived there between circa 1980 and 1987, and I enjoyed telling people my address. There was the piquant contrast between the two words, one suggesting luxury, the other austerity, and an equally delicious contrast between the stately-sounding Mansions and the reality of the accommodation. The long, thin block of sixteen flats had been derelict and was at that time in the process of turning itself into a housing co-operative.  The building, which stretches along the side of the railway line,  so close that passengers can see into some of the flats, was riddled with rot and  woodworm and had to be gutted. It  had shuddering sash windows, a leaky flat roof, lead pipe-work and far too many cats.  Those who lived there or wanted to had to put in the time  to fix it up. We had to learn plumbing, brickwork, carpentry, window-glazing, plaster work or whatever was required at the time.  Most of the materials we used were reclaimed from skips. Until others were installed, there here was just one a communal kitchen, supplied with cast-off vegetables collected at dawn every day from Covent Garden market.

None of the hard work was as bad as the interminable house meetings, but the point was, you ended up with somewhere to live, and those like me who put up with the downsides of the place were people who either wanted or had to live out the box: artists, activists, and vulnerable people of various kinds. The flat I ended up with  was at the front, opposite the old steam laundry building, with huge windows looking out over the street and the market arcade on the other side. Despite the incessant traffic,  the yelling and the music from the street, despite the way the passing trains rattled  both windows and floor at least three times an hour, day and night,  I felt instantly at home.  I knew all my neighbours. If something went wrong, I had to fix it myself, but the affordable rent meant I could take time to  work out what I was going to be and do.

I’d graduated from university, and had not quite given up on my idea of being a painter. During my years in The Mansions I took up wood-carving as a hobby, but it turned out that what I mainly did there was write.  I started out at an evening class at the City Lit, and just kept on at the end of it.  Six of us women from the class continued  to meet every two weeks,  hosting in rotation.  Again, there was a great deal of contrast: one lived  in a vast converted warehouse flat with  a grand piano, views over the Thames and original art on the walls, another in a tiny first-time buyer flat – but  no one had as much space to herself, such extraordinary  neighbours or such convenient and interesting food shops as I did.  We ate, talked, read our work aloud. Over the course of a year or two I wrote my first novel, Back in the First Person, and then another, The Unborn Dreams of Clara Riley, both of which went on to be published by Virago Press.  I became a writer. It’s still what I do.

Writing of course rarely pays well.  I  wanted a job that didn’t drain my creativity, and since I had enjoyed the building work,  I signed up for a four year  apprenticeship  in carpentry and joinery with Lambeth Council.  One of a group of pioneering women in the trades, I emerged at the end of it with a certificate  and a good job. By then, The Mansions had passed through the Brixton riots, weathered various other storms and, to a certain degree, matured. People painted their front doors, fixed up window boxes, and even swept the stairs. Some of us grew almost house-proud. Others not.

Meetings continued to be tortuous: perhaps not surprising when you consider that the caste of characters included, for example, a man who wore rubber gloves on his feet, whom I shall never forget.  There was an under-employed actress,  a council employee, an art student, an ESL teacher. Right above me lived a wonderful puppet-maker who chipped away at blocks of wood into the small hours. Another tenant was a photographer whose sideline, chandeliers made of recycled glass, propelled her work into the pages of glossy magazines. It was a very good place to be and hardly anyone ever moved out. I did sometimes wonder if I’d ever be able to leave ­– but then, quite suddenly I did. I moved to Norwich to begin an MA in writing,  and never returned.

I live in Canada now, teach at a university and continue to write.  But for over twenty years I’ve kept in touch. The Mansions is still, as it ever was, both a haven and an eyesore, but now the housing co-op  has been there long enough  for it to have a history, too.  The huge mural on the wall has become famous, and is commemorated with a plaque. Some of the tenants have lived there a quarter of a century or more.

So I was a shocked and saddened  to hear that Lambeth Council may be about to close The Mansions down and make everyone move on. I only hope they remember that communities like this, which allow the non-conformists,  the vulnerable and the artists amongst us to carve out the  shape of our lives  and make a contribution to the whole are just as vital as all the other kinds of accommodation cities provide: I’ve absolutely no idea what would have  become of me had  I not lived in Carlton Mansions, on Coldharbour lane.