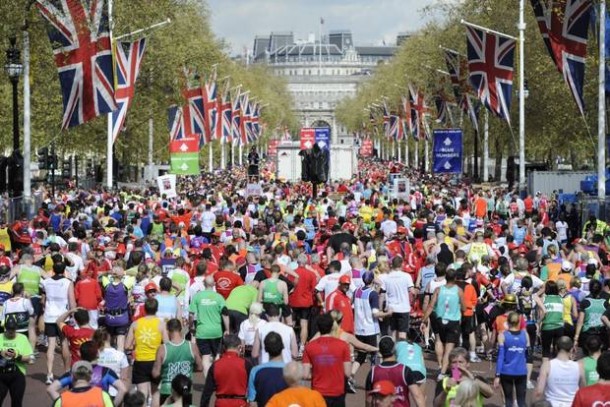 On April 21, an intrepid bunch of Brixton residents will join thousands of runners from around the world as they try and complete the 26.2-mile slog around London’s streets.
Each runner has raised hundreds of pounds for a charity, and each has their own, personal story behind the exhausting run. Why else would they put up with the Brockwell blisters, ice baths and wine abstinence?
Here we asked some of them to tell us just why they were bonkers enough to sign up. If you’re feeling inspired, you can always join the Brixton Blog running club, right, which meets in Windrush Square every Monday, 7pm… 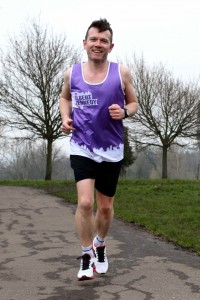 I was lucky enough to get a place running for the Albert Kennedy Trust towards the end of January. AKT is a small charity working with homeless gay, lesbian and transgender youth in London and Manchester. I’ve just found out I’m their only runner this year so every penny counts!
I’ve never run a marathon before but have enjoyed street running for a few years now. Training started really well but I’ve had a few knee problems in the last couple of weeks. Embarassingly I have a lazy left glute (bum muscle) which means lots of pre run stretching  plus 3 anti-inflammatories per day until the race. I’ve also had to shave my left leg so that the magic tape that holds my knee cap in the right position will stick to it! The official brochure arrived on Thursday and I am now slightly bricking it! My main goal is not to leg it round the first half of the race and then have to crawl the last 13 miles. Fingers crossed. virginmoneygiving.com/MichaelAtkinson4 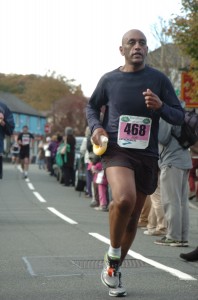 I work in Lambeth and have seen the brilliant work the London Community Foundation do here through the Lambeth Giving Fund for those who need help and support in the community. I’m running the marathon to raise as much as possible for this great cause.

To add an extra incentive for donations I’m going to run 2 marathons in 2 days. On the 21st I’ll run the official marathon and then run a second marathon on Monday 22nd starting from St James Park and ending in Greenwich. I’ll be live tweeting the second leg at #2marathons2days

I want to encourage as many people as possible to sponsor me and help the London Community Foundation carry on doing the vitally important work to help our fellow Londoners.

I love running, its a brilliant way of exploring London and getting to know the city. I run in to work at the town hall in Brixton from my home in Finsbury Park a few times a week. It’s always a great thing when to cross the river and see the welcome to Lambeth sign in Waterloo and when you get to the railway bridge in Brixton you know the run’s almost over. www.lambethgivingfund.org.uk 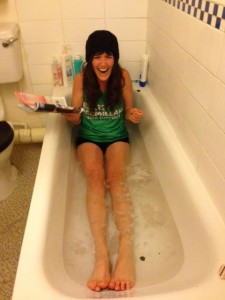 With the camaraderie between runners and the thousands of cheering spectators there’s an incredible vibe surrounding the London Marathon. It’s when London comes together. I’ve spent many years as an overwhelmed spectator in tears watching as runners dug deep in that last mile and always promised myself one day I’d do it… And here I am, having been lucky enough to win a ballot place. I’ve chosen to run for Macmillan as all of our lives have been affected by cancer in some way and the work they do is invaluable in the toughest of times. I’ve heard many personal stories about the wonderful support they provide since friends have learnt I’m running for them – makes me very happy to have chosen them as my charity. The training… well, I seem to be running A LOT. Love the long Sunday runs, Tuesday speed sessions fill me with dread but when it gets a little overwhelming it’s the thought of all those that are sponsoring you, the roar of the crowds on the day and the amazing realization that you’re actually going to run the London Marathon that gives you just the boost you need. As for the ice baths… well, the neighbours have learnt a few new words! 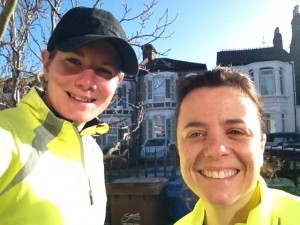 Clare and I are running the London Marathon to raise money for the MS Society. We met in late October last year, after I responded to Clare’s appeal for advice on a forum post having discovered with a tinge of horror that she’d won a charity place. Clare’s Dad is profoundly debilitated by MS, so this is a very personal journey for her, requiring a considerable degree of fortitude.

Clare was sedentary and unfit, but very determined, so hired me as her Personal Trainer to coach her through the intense amount of training the marathon requires. We’ve spent the last five months running up every hill in SE5/SE22/SE23, and more recently have run up to 30 miles a week in sun, snow, sleet and rain. We’ve raised over £4800 between us so far, at some point before crossing the finish line we’ll celebrate running our 300th mile together! www.justgiving.com/Leanne-Spencer2 www.justgiving.com/Clare2013 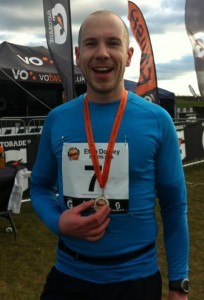 My desire to run the London Marathon was borne out of a desire to help out a charity I believe in but also to tick it off my bucket list. What has been surprising is that a childhood watching “triumph over adversity” movies such as Rocky established an inherent willpower. Over 6 months of training, I have trained six days a week and continued with my training even through treacherous snow. I’ve run over 1000 miles in total, competed in two 10km runs, two half marathons and lost three toenails.

I’m running to raise money and awareness for London Youth. The charity’s mission is to improve services and opportunities for young people, placing a particular emphasis on those… who might be in any way disadvantaged or at risk of being excluded. So please donate generously. If not for me, do it for the kids. http://www.justgiving.com/Rob-Adamson1 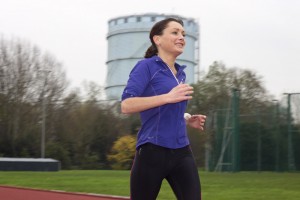 I started running four years ago when my dad died. It found it was a great way to clear my head and, as my dad was a keen runner, I reckoned he’d be happy about it too. Since then I’ve run quite a few half marathons and last year I completed my first 26.2-miler in Brighton. I loved it!
My finishing time meant I qualified for a Good for Age place in London (ie, no pesky ballot). Unfortunately though, training hasn’t gone too well. In fact, it’s been pretty disastrous. If there’s a bug going round I’ve caught it and my hips and knees are shot meaning I’m struggling to complete long runs. I’m really nervous about race day and alternate between wishing it was over and hoping it’ll never come. My plan is to pretend it’s last summer and I’m running in the Olympics – hopefully the crowds will get me round. See my blog at lungesandlycra.co.uk

This is my second attempt at the London marathon, having failed to even make the start line in 2012.In my first week of winter training I knackered my left knee and spent 2012 complaining to anyone and everyone.  “I could’ve been a contender” etc… Nine months of physio later (thank you NHS), I’m back, and slower and creakier than ever. Training has been hard this winter. I’ve been struck down by labrynthitis which nastily makes me very dizzy and sick a lot (imagine being sea sick, on land, for hours), but refuse to pull out this time So I’m carrying on – but your support is needed more than ever as the big day approaches.
I’m running for St George’s Hospital in Tooting to say ‘thank you’ to the NHS for putting me back together (countless times) uk.virginmoneygiving.com/lukewaterfield