Loads of new cinema releases this week at south London’s best cinema, including the one in which Nicole Kidman wees all over Zac Efron. You have been warned…

It’s an extremely busy week of new releases this week, and where better to begin than with the weirdest mainstream American flick you’re likely to see all year? Lee Daniels (the latest director to the have the term ‘visionary’ opportunistically bestowed upon him on posters and trailers) follows his 2009 hit Precious with thriller The Paperboy, a film which continues his fascination with life’s seedier recesses. The plot is far too convoluted to go into in any detail here, but it’s a lurid, sweaty, ’60s-set potboiler, starring a wildly-against-type Nicole Kidman, Matthew McConaughey, John Cusack and an almost always shirtless Zac Efron. Jam-packed with shocking content, crazy plot twists and inexplicable tonal shifts, it’s impossible to recommend on any standard terms, but it really should be seen. It could just be our generation’s Showgirls.

Also new at the Ritzy is Steven Soderbergh’s final film, Side Effects. It’s a New York-set thriller, starring Rooney Mara as a young woman apparently suffering from severe depression. The meds prescribed to her by suave psychiatrist Dr. Jonathan Banks (Jude Law on top form) spark off all kinds of bizarre antics, and a world of intrigue envelops the pair. It plays like a cross between an early-ish Brian de Palma film and one of those 90’s thrillers with lame titles that’s always on late on ITV. By which I mean it’s enjoyably slick, trashy and far-fetched. By the way, the less you know about this film going into it, the better. You probably shouldn’t have even read this.

There’s more: Beyond The Hills is a long, austere, slow-burn drama from Romanian auteur Christian Mungiu following the travails of two nuns at an Orthodox convent (rumours of cameos from Eric Idle and Robbie Coltrane are currently unfounded). On the other end of the scale is Franck Khalfoun’s scuzzy, neon-soaked, ultraviolent first-person horror remake Maniac (which gets two late-night weekend screenings), starring Elijah Wood as a baby-faced psycho with mother issues and a penchant for mannequins. Finally, there are daily screenings of Ken Loach’s rousing doc The Spirit of ’45, which looks at how the spirit of unity which buoyed Britain during the war years carried through to create a vision of a fairer, united society. In other words, a big fuck-you to Gideon, Gove et al.

Also rocking up to the Ritzy this week is the Human Rights Watch Film Festival, which boasts an impressive slate of urgent, socially conscious features and documentaries. Highlights include Fatal Assistance, Haitian filmmaker Raoul Peck’s furious polemic about the mishandling of aid and support following the earthquake that struck his country in 2010; and Joshua Oppenheimer’s genuinely terrifying meta-documentary The Act of Killing, in which the filmmaker asks remaining members of Indonesia’s 1960s death squads to re-enact their crimes on camera. For more information about the festival line-up, check out its website. 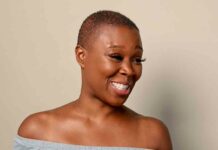 Brixton is where I am supposed to be 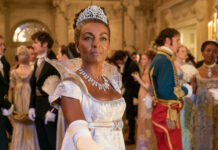 Your turn! Reggaeoke at the Ritzy