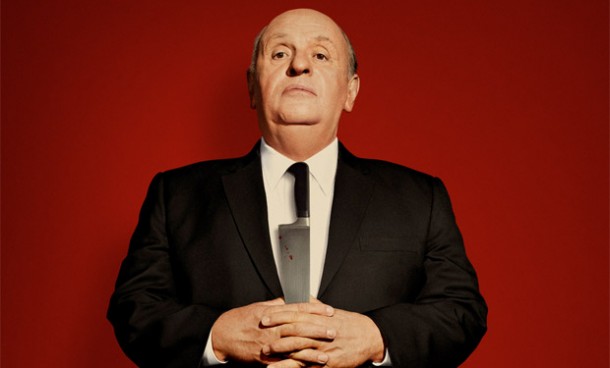 As much as I like mainstream popcorn thrills I also enjoy cinema at its most challenging, and the biggest cinematic challenge this week would be trying to find a film to watch that doesn’t go on for three hours. That’s right, I’m looking at you Lincoln, Zero Dark Thirty, Django Unchained, and Les Miserables. Thankfully for those of us with weaker bladders and who like to be home by midnight, Friday sees the release of Hitchcock, clocking in at a reasonable ninety-eight minutes. Sacha Gervasi (Anvil: The Story Of Anvil) directs Helen Mirren in a power suit and Anthony Hopkins in a fat suit, in what promises to be a sardonic look at the making of horror classic Psycho.

This weekend also sees a rare screening of Roman Polanski’s early classic Repulsion (1965). Catherine Deneuve is extremely convincing in this unsettling portrait of a young woman’s descent into madness as she finds herself trapped in her own personal hell and the alienating, surreal nightmare that is Kensington. On a lighter note Saturday’s Kid’s Club is showing the Oscar nominated animation The Secret Of Kelis (2009), featuring merciless Vikings, mythical creatures, an enchanted forest and Irish monks. There’s also another chance to catch one of the funniest children’s films of recent years, Puss In Boots (2011), which could easily be described as a fairy tale spaghetti western. And if feeling like you’re on an amusement park ride with a new age therapist appeals to you, then Life Of Pi in 3D is still doing the rounds.

On Tuesday one of Britain’s most diverse directors, Michael Winterbottom will be making an appearance at The Ritzy for a Q&A session after a screening of his latest film, Everyday. Filmed over five years it tells the story of a mother trying to raise a family while her husband is serving a lengthy prison sentence. Another highlights this week includes McCullin, a powerful documentary detailing the life of veteran Times war photographer Don McCullin, using candid interviews and full use of his archives to tell his unforgettable story.

Ash Clark is away

Town hall to be lit for George Floyd