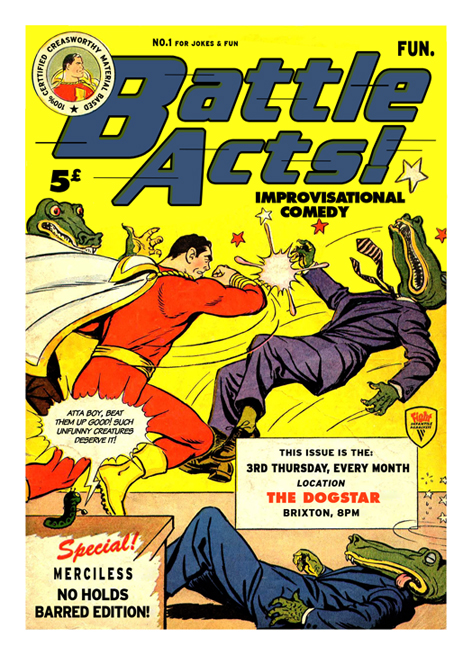 Improv troupe, BattleActs,  are once again brining their unique brand of competitive comedy to Coldharbour Lane’s The Dogstar.

Entry is £5 per person on Thursday 21 February, which will entitle you not only to a night of hilarious comedy, but also a buy-one-get-one-free offer on next month’s gig on Thursday 21 March.

Two teams of improv artists go to head-to-head in this fast-paced medley of performance games, summoning every last ounce of wit and silliness from both performers and the audience alike. With a compare who has no intention of making things easy for the teams, Thursday evenings at The Dogstar remind the audience why improv was originally labelled ‘Theatre Sports’.