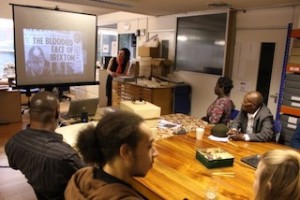 A project that has seen young people making a film about the Brixton Riots will premiere at the Ritzy Cinema, Brixton, on January 24.

Becoming Brixton, organised by Chocolate Films, will be hosted by Simon Howard, star of the film Attack the Block.

The event will include the premiere screening of short documentary films by young people looking at the riots in the 1980s and 2011 and includes the launch of a website for the project.

Project manager Alessandra Cocksedge said:  “These new young filmmakers collected oral histories and mixed it with archives to create their own take on London’s riots.  The project included workshops, a pop up shop in Brixton Market, all leading up to the local launch event consisting of the screenings of the short documentaries that have been produced along with a created website which houses all of the media, interviews and archives.”

“So everyone gets an incite into this fascinating topic from a youth perspective.”

Tickets for the event are free, but need to be reserved here. 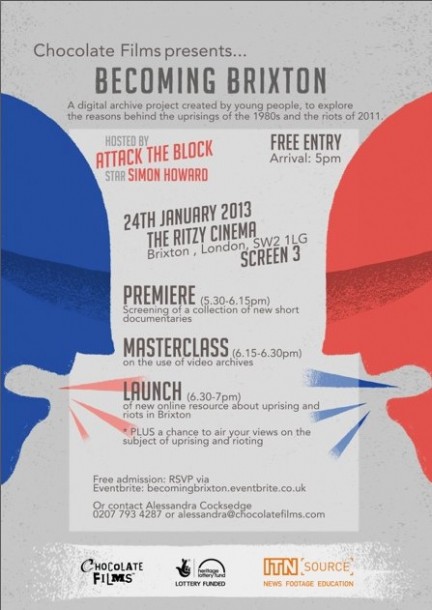 Help Jason to make a change for a fairer future

Ten-year-old Jason, whose mother Katerina works at Brixton’s Mosaic Clubhouse, needs your help. He has started a petition to allow all young people the opportunity...