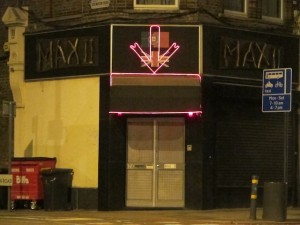 Lambeth town hall saw a massive victory for local residents last night, as councillors turned down an application for a strip club at Max 2, on Brixton Road.

The move, by the licensing sub-committee, signals an end to six years of problems for many neighbours of the venue, which had been operating under older sexual entertainment legislation.

The decision came as the clock struck midnight, after impassioned representations from residents and lawyers from both sides putting strong legal arguments for and against.

Cllr Jack Hopkins, member for Oval and also cabinet member for community safety spoke eloquently against the application on the grounds of women’s safety.

Speaking after the five-hour meeting, he told the Blog: “This is a fantastic victory for people power, and is in line with protecting girls and women against violence.

“This sets out a stand that people can be in control of their local area.”

Max 2, at 62A Brixton Road, is owned by Eduardo Gomes, who spoke through his son as an interpreter. It has been operating as a lap dancing club for six years. The lap dancing club was forced to apply for a fresh license by new laws designed to give local people, and the council, more power in determining the fate of sex entertainment venues.

Mr Lopes, lawyer for Mr Gomes, told the meeting that Max 2 had been operating as a lap dancing club “under the radar” for six years and posed no threat to local residents.

He said: “I understand the fear of residents, but we are modest and self-contained. We know our customers and we go hard on problem individuals.”

The application was to provide sex shows and an adult cinema from 9pm until 4am Thursday to Saturday and until 2am on Wednesdays.

Those who live in the area painted a picture of unrecorded complaints against the venue, and of “thumping noise” late at night. 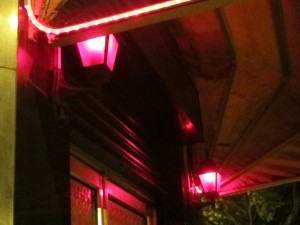 Addressing the meeting, resident Lily Ryan-Collins said: “When I come home after dark I walk past Max 2 and there are people coming in and out. I get stared at as I walk by and it is very intimidating. Others have described similar experiences.”

The application was met with 160 letters of objection from local residents.

Cllr Hopkins also made an impassioned plea to the panel of three councillors, chaired by cllr Leanne Targett-Parker.

He said: “This isn’t Soho, we have schools, families and youth clubs just down the road. This sex entertainment venue is attracting the wrong kind of person.”

Crucially, the residents were also supported by lawyer Jon Payne, provided on a pro bono basis by the Christian Legal Centre. Mr Payne argued that in fact the area was heavily residential, and the new legislation had been designed so that local people and councils can have more of a say over sex venues in their neighbourhoods.

A tired public gallery waited anxiously as the committee deliberated in private at the end of a five hour meeting. Due to the late hour of proceedings, cllr Targett-Parker refused to give reasons for the refusal when she announced it, but said they would be forwarded to the applicant over Christmas.

After the meeting Mr Gomes said simply through his lawyer: “We are naturally disappointed by this outcome.” He refused to say whether or not they would appeal the decision.