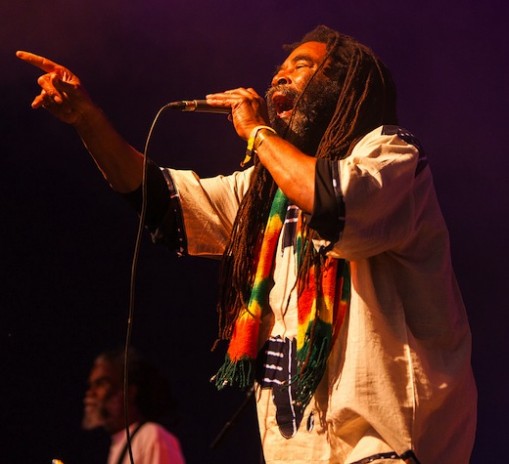 Tonight is the monthly outing of How Does It Feel To Be Loved? at the Canterbury Arms. At its best, it’s a great night with a varied and highly danceable playlist – think The Smiths to The Supremes, Dusty Springfield to The Pixies – in a slightly Phoenix Nights setting. However, organiser Ian does sometimes go off for a wander down Geek Avenue, resulting in some rather niche themes to the night. It’s a Magnetic Fields special this evening, but I’m sure it won’t consist exclusively of songs from the slightly peculiar indie pop band, but other things too. Hopefully. It’s £6 to get in, unless you email in advance in which case you will be presented with a charmingly laminated membership card and get two quid off entry.

Reggae aficionados will probably already have their tickets to see well-known act, and founder of their own label, The Twinkle Brothers tonight. If you are one, but you don’t, there seem to be some left here or take your chances on the door. Making music since 1962, they’re on tour with Channel One Sound System, who are themselves celebrating 30 years of taking dub around the world.

The Grand Union on Acre Lane is small of bar but large of garden, so they have attempted to redress the balance by sticking a heated marquee out the back for winter funtimes. And judging by the number of emails the marketing department seems to have sent out about it they are very pleased with their efforts. It’s free to get in on Fridays, but a fiver on Saturdays. Expect DJs, ‘choons’ and young people.

20 May, 2014
Go to mobile version
We use cookies to ensure that we give you the best experience on our website. If you continue to use this site we will assume that you are happy with it.OKPrivacy policy