You might have seen the big number 7 posters in the windows of the old Warrior pub on Coldharbour Lane and wondered: What’s that about?  Wonder no more; this is the 7 Bridges project and the big idea is to take the huge railway bridges which define the Loughborough Junction area and brighten them up with colour, light and art.

The project is the brainchild of the Loughborough Junction Action Group (LJAG), a local community group dedicated to improving life for the people of the often forgotten Lambeth backwater. One of the project’s leading lights, film-maker Walter Reed, describes how the LJAG wanted “to put Loughborough Junction on the map as a distinct neighbourhood, neither Brixton, Camberwell or Herne Hill”. Walter explains: “The railway bridges are the distinguishing features, so why not take them and make them something really special and memorable?”. The group wants to see each of the six railway bridges, which amazingly can all be seen at one point at the junction of Coldharbour Lane, Loughborough Road and Hinton Road, cleaned and turned into positive landmarks. 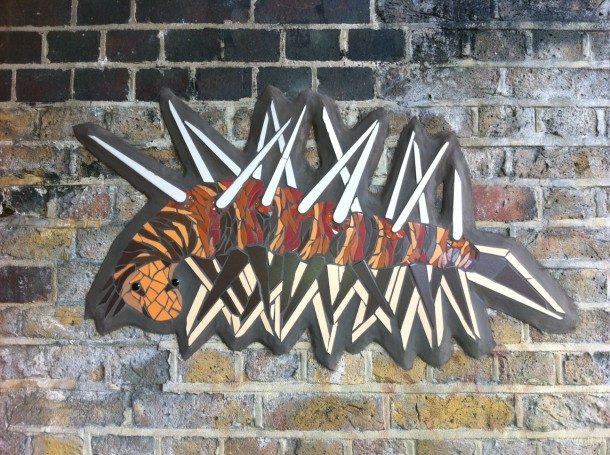 At the moment, Loughborough Junction is lacking a sense of identity; there is no discernible centre and no public space for people to gather as they do in Brixton’s Windrush Square. The area has suffered from a lack of investment and has been largely forgotten by both Lambeth and Southwark councils. The Junction is blighted by antisocial architecture and dilapidated industrial buildings, rubbish and broken pavements not to mention high levels of unemployment and crime, but at the same time, there is a lot of creativity bubbling beneath the surface with many artists and creative industries based in the area.

Action group member, Anthea Masey, says:  “It is a very rundown area but there is a great spirit here, and we want people to be able to say with pride that they live in Loughborough Junction and this will become a place where people are proud to live, work and socialise”

Each bridge will be twinned with a railway junction on a different continent so Loughborough Junction’s very diverse community and the local schools will be able to get involved with art projects which engage with topics such as the history of the railways, geography and engineering. The bridges will be transformed from dingy eyesores and magnets for littering and crime, into vibrant and exciting visual reminders that this is an area which acts as one of London’s vital arteries.

But is it all talk and no action?  Well not quite as residents of the Cambria Road south of Coldharbour Lane can report.  After an arduous amount of pencil pushing, permission was granted for the action group to begin decorating the first bridge on Cambria Road. The theme is the Cambrian Explosion, an era when there was an explosion in the growth of life forms. The project is working with local artists and already six beautiful mosaics have been mounted on the bridge designed by students at St Saviour’s School, Jessop School and Michael Tippett School working with the talented mosaic artist Tamara Froud.

Further artworks on a fossil theme have been commissioned and they are to be arranged to look like a Victorian gentleman’s cabinet of curiosities on a series of shelves where they will inspire interest in this mysterious era of pre-history, giving passers by more than a grubby wall as food for thought.

The 7 Bridges team are now working on a big fund-raising strategy for the six big bridges which define the junction.

The LJAG are always looking to involve more individuals from the local community with their work, so whether you can offer your time to work practically on the bridges and surrounding areas, or have creative ideas for the bridges, visit the website www.loughboroughjunctionactiongroup.com to find out how you can get involved. They also have an ‘open house’ every first Tuesday of the month at The Cambria pub which is an opportunity to bring and discuss ideas, as well as meet other people who live in the same area and want to make a positive contribution. 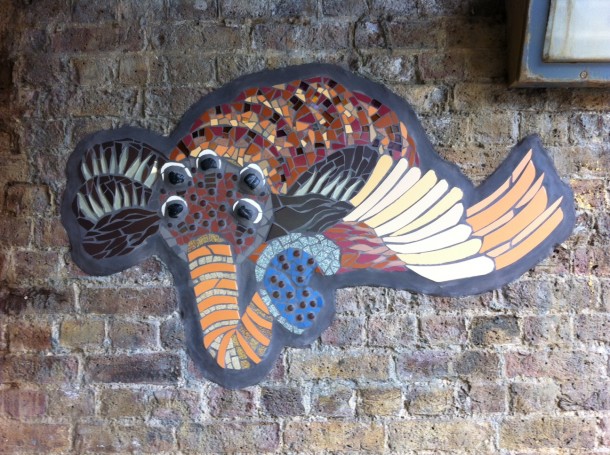