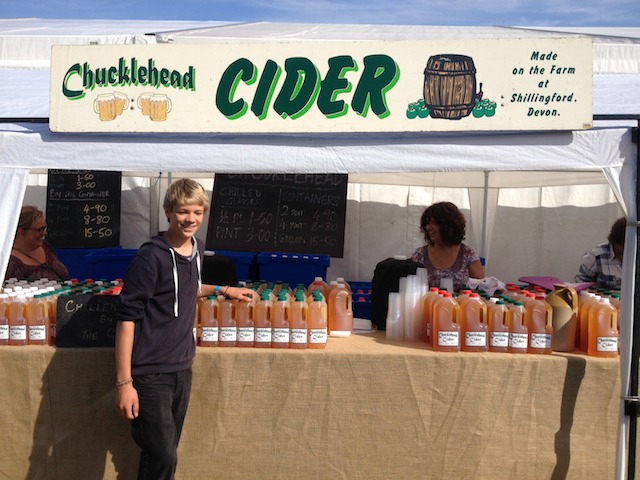 Celebrations at the fireworks display in Brockwell Park next month will be lubricated by a certain tipple, the favourite at the Lambeth Country Show, for the first time…

The folks at Chucklehead Cider will be selling bottles, pints, halves and even mulled cider at their stall on November 2 as revellers are treated to fireworks in the park.

Liz Dinnage, who runs Chucklehead with her husband Michael in Somerset, said: “We’re taking a bit of a risk doing this – we’re usually making cider at this time of year, not selling it.  There’s only five and a half hours of selling time so we’ve got no idea how much to bring! We love being in Brockwell Park though so we’re really pleased we’ve managed to get a space this year.”

Dinnage praised this year’s Lambeth Country Show, but said that September was a tricky month for them and meant that the cider ran out early. “In July, we can leave a clear two weeks beforehand to gather enough cider. In 2011 we didn’t run out! We got it right.  This year we had agricultural shows, game fairs etc during the lead up and just couldn’t gain the momentum to bring any more than we did.  This resulted in a tragically early sell out – we were truly sorry.

“We really hope it goes back to July next year – if not, we’ll try our hardest to bring a lot more. It’s our favourite show of the year!”

Network Rail are not interested in the future of Brixton