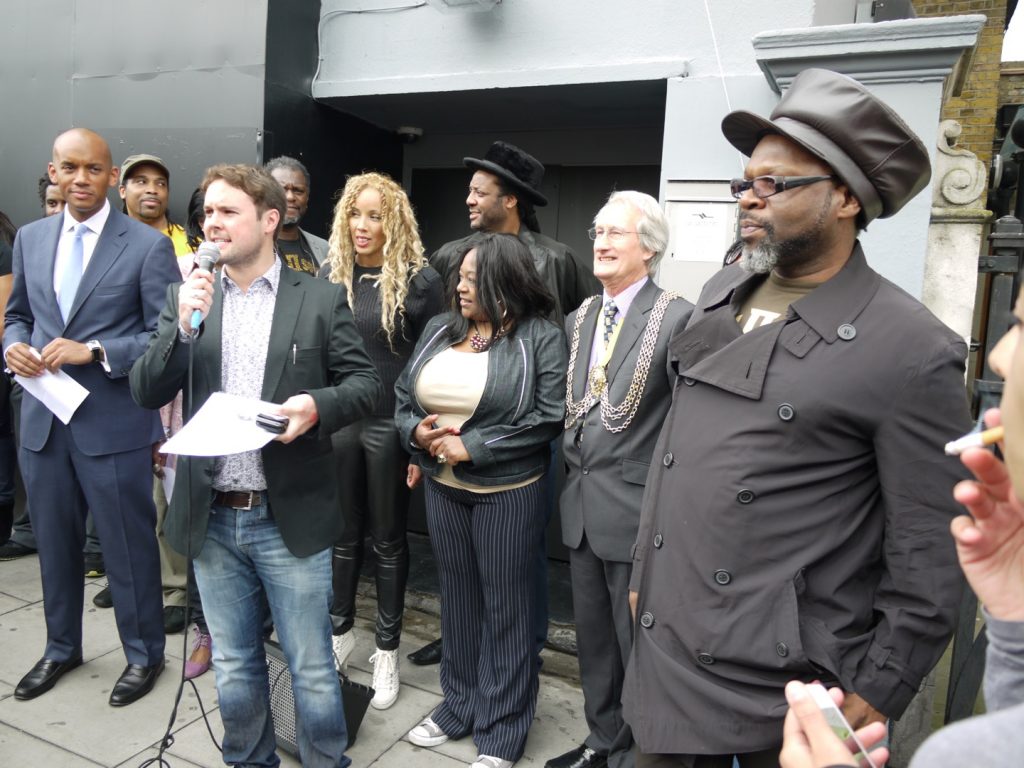 A plaque was unveiled outside Electric Brixton (formerly the Fridge) today, honouring the UK band Soul II Soul at the site of their first live gig in 1991.

Jazzie B and other members of Soul II Soul were joined by Chuka Umunna MP and Cllr Clive Bennett for the ceremony outside the venue. This was where Soul II Soul hosted the famous Africa Centre nights in the 1990s, playing hip hop and funk every Friday night to Brixton crowds.

The band came from north London, but the plaque is a Music Heritage Award given by PRS for Music to recognise the unusual ‘performance birthplaces’ of famous bands and artists.

In an interview with the Brixton Blog, Jazzie B recalled his time in Brixton: “going back all those years, we were just giving something back for the spell we’d spent on the road with the soundsytem. I’ve got blurred memories from that first night. I just remember the pandemonium outside. It really was a big deal for us and the way we did it – it was about the people there too. There was a big energy in the room.

“Brixton is a place that if you were part of London, part of the scene, you would have hung out here. The Academy, the market – it was quite notorious at the time. It was a place we took inspiration from.”

Speaking at the event, Chuka Umunna MP focused on the lack of recogntion Soul II Soul recieved in the UK where they never got a Brit Award despite being nominated several times. The group had a much easier ride in the US, where the music industry at the time was more geared toward black music.

Jazzie B commented on their American success: “I’d never been a success before! We were really taken aback. There was so much going on in New York with people like DJ Red Alert playing our music on the radio that by the time we arrived, it was sort of home from home. If you thought Brixton had energy, you could fry an egg on the pavement in New York, 24/7. And it wasn’t just a music thing there. From a black persepctive, we were honoured by the NAACP and we were at the Rodney King riots, God rest his soul.

The black music scene now is often compared negatively with the more politically conscious scene of the 1980s, but Jazzie B insists that “living in London and the subcutlre, the scene is always going through change. It was as hot then as it is now. There’s been an interesting change though – what we used to call ‘black’ music is now called ‘urban’ music. But it’s as vibrant and energetic as it was then.” 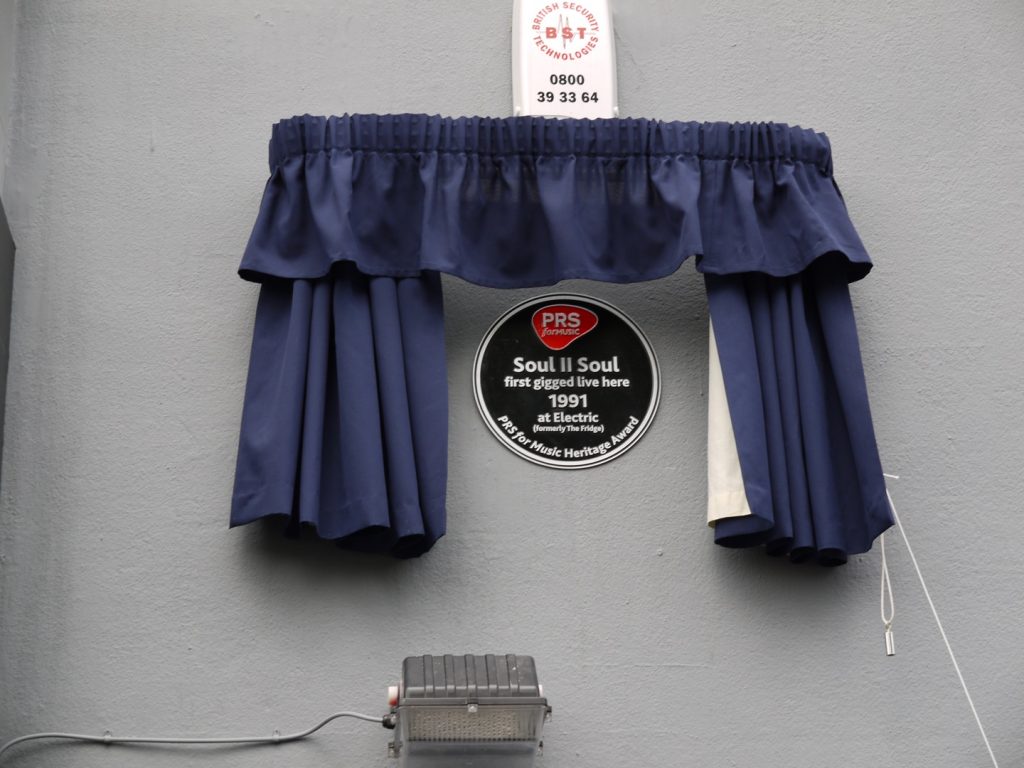