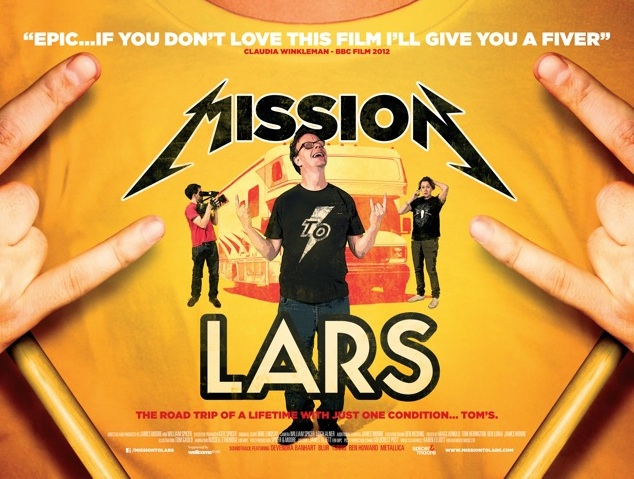 The best documentaries are those that inspire, excite and tell a story that goes well beyond the immediate subject matter. ‘Mission to Lars’ is one of those films.

It follows the journey of Tom Spicer and his siblings to meet Metallica drummer, Lars Ulrich. Tom has Fragile X Syndrome and for years he has repeated the same sentence over and over again – “Wanna meet Lars”. His enthusiasm for the band led his brother and sister, journalist Kate Spicer and filmmaker Will, to persuade him to go on a journey to really meet Lars on the US Metallica tour. It was a brave decision – people with Fragile X Syndrome find a change in routine extremely difficult to cope with and the noise of a concert is experienced at ten times the level others hear it at. The siblings head off on a road trip across America and with only three gigs left in the tour, it’s a race against time.

Filmed mainly by Will Spicer with a handheld camera, the film is astonishingly intimate – we are right there with them jetlagged and snappy in the caravan, walking through the rain in Yosemite, and hoping upon hope that they make it to Lars. The distance created between Will and the rest of the family by the presence of the camera reveals a more distanced relationship between him and Tom, hinted at by others in the film too. This is one of the most real, true films I have seen this year. Don’t miss it.

‘Mission to Lars’ opens at the Ritzy this Friday for a week run. All profits from the film will go to Mencap