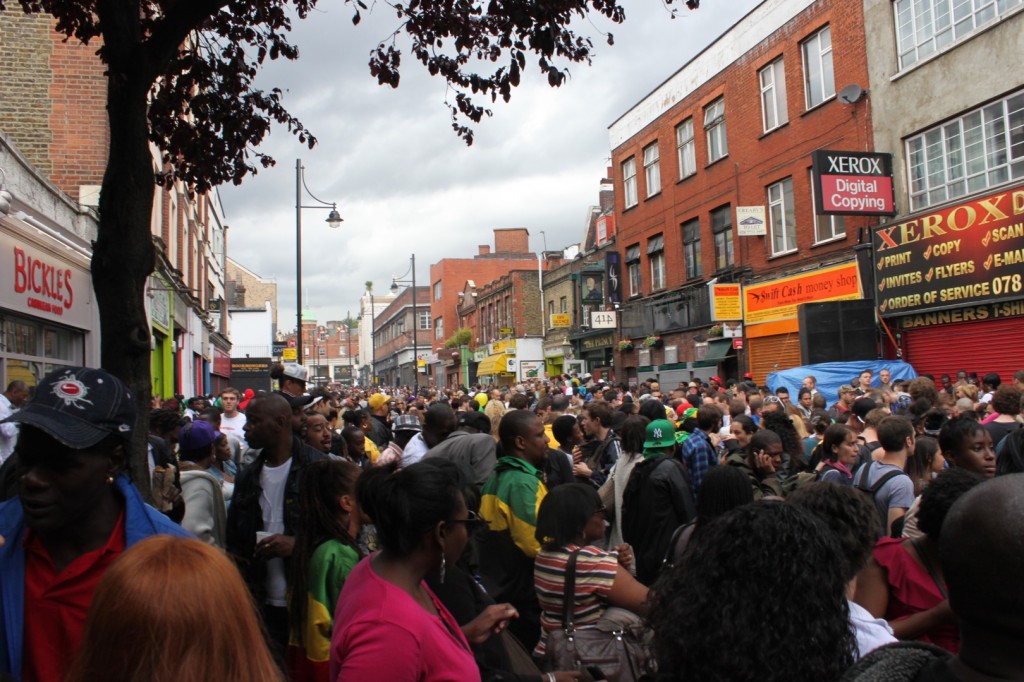 Put aside all thoughts of the current weather and focus on the future, because this year’s Splash on August 5 looks set to be one of the most fun yet.

With Usain Bolt running in the Olympic athletics races that day and the 50th anniversary of Jamaican independence the next, co-organiser Lee Jasper thinks Brixton Splash will be the “biggest Olympic party for Jamaicans in town. It will be the biggest and most dynamic Brixton Splash ever.”

The organisers have worked hard to offer a whole range of events leading up to Splash as well as on the day. There’ll be a Jamaican film festival at the Ritzy in July and a photo exhibition at Brixton Library featuring archive photos from Britain’s leading black newspaper, The Voice.

Lambeth council will also host a re-creation of a tea dance that took place at the Town Hall in 1955 to welcome Windrush emigres to Lambeth. Pathe made a video about this ‘No Colour Bar’ dance organised by Lambeth, which you can view if you click on the image below.

The dance this year will be invite-only to pensioners and Splash are looking to contact those at the original event.

On August 5 itself, a line-up of artists will perform on the main stage in Windrush Square as well as at the usual soundsystems along Coldharbour Lane and Atlantic Road. And in the evening, the Electric Brixton will host the official after-party, with live streaming from the athletics final and a countdown to midnight. “We’ll be ringing in Jamaican independence day at the Brixton Electric”, said Lee Jasper.

The street festival was first held in August 2006 to mark 25 years since the Brixton riots and to show the vibrant, positive side of Brixton to the world. It is very much a community-led event, founded by Blacker Dread, who owns the Blacker Dread record store on Coldharbour Lane, and Ros Griffiths of the Brixton Bizness Cafe.

“The Splash is important to Brixton because the notion of multiculturalism has been under constant attack of late, notably by the Prime Minister himself“, said Lee Jasper. “We want to celebrate Brixton’s hyperdiversity. This is the world in one place. The cultural assets which that brings can be a real strong driver for the local economy. The Brixton Splash vision is to support this.”

If you or anyone you know attended the original tea dance in 1955, please contact the Brixton Splash organisers here.

If you are interested in volunteering at the Splash, you can read about the training benefits offered to volunteer stewards and apply here.