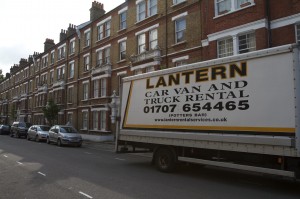 Squatters living in Rushcroft Road, Brixton, are living in fear of imminent eviction after being ordered to leave by Lambeth council.

The letters were delivered by hand on May 14 stating that “the council will be taking steps to recover possession of the property.”

Residents were informed that council officers would visit the properties in the week starting May 21 “to find out details of the household”.

These residents had already received a renewal of a possession order earlier in the year and, if they fail to vacate the properties, the council will now send in High Court Enforcement Officers with eviction warrants.

Pete Hambly, a former resident of Clifton Mansions and now squatting in Rushcroft Road, said: “Obviously getting the letter was a shock. They have to give you a letter asking you to quit. They haven’t sent anything of the sort yet.”

There are rumours among the Rushcroft community that the intent is to take the flats back in November, after the Olympics, but Lambeth Council did not confirm or deny this.

Hambly told the Brixton Blog:  “If there was a little bit of communication here it would be a lot easier on both sides. This is not Clifton Mansions again, it’s a completely different community. We’re speaking about families now. The woman across from me has two kids, both under two, and they wanted them to leave yesterday? I don’t think that’s going to happen.”

The council has informed residents it will set up a surgery for anyone who needs advice about their housing options.

The squatters have put the following poster on their front doors: 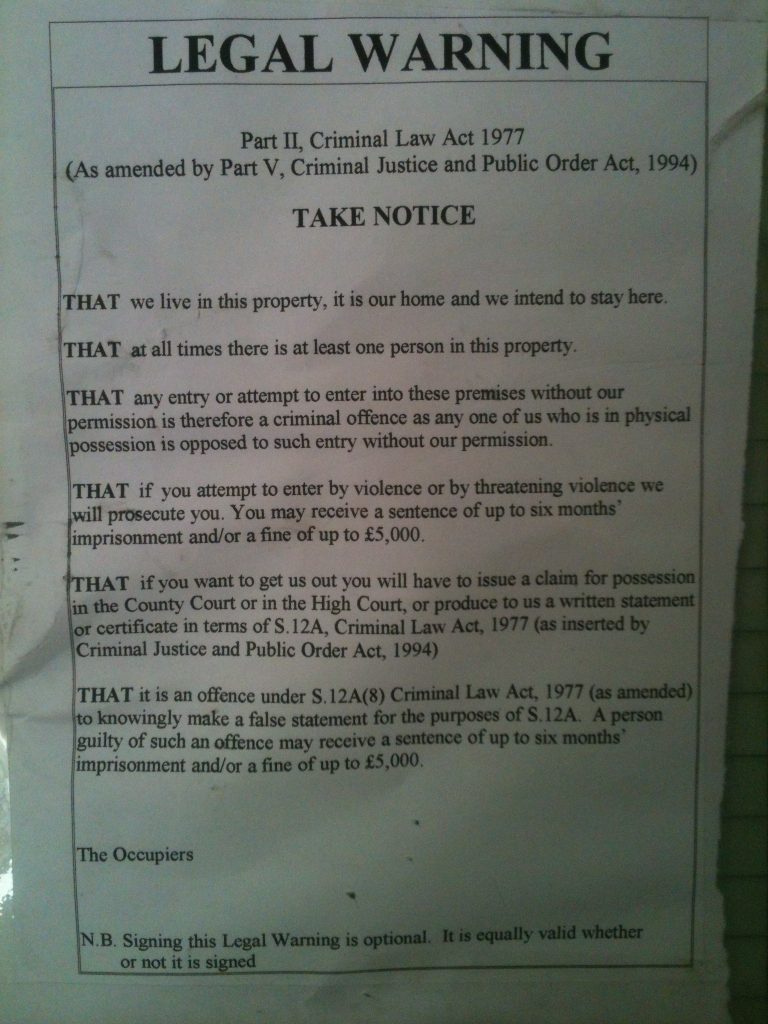 The key question is when the evictions will take place and what the council intends to do with the properties once they are vacant.

Other blocks evicted previously, such as Rosslyn House, have been sold to private developers, rather than remaining council assets for social housing use.

Councillor Pete Robbins, cabinet member for neighbourhood services, said:  “Bringing these Rushcroft Road properties back into use means we’re fulfilling our promise to retain social housing in the centre of Brixton – but these properties should be for the benefit of those who are in genuine need of housing, not for squatters.

“The squatters at Rushcroft Road have absolutely no right to be there and I am determined to take a zero tolerance approach. We plan tough action and are in the process of applying for bailiff warrants. The squatters will be notified that proceedings are imminent, but rather than force us to spend taxpayers money on legal proceedings it would be better if they just left now.”

Research data collected by Shelter shows that the number of households on the council housing waiting list in Lambeth rose in the last five years from 13,611 in 2006/7 to 23,894 in 2010/1. The number of households on the waiting list in neighbouring boroughs Southwark and Wandsworth stands at 12,570 and 5,299 respectively. Over the same period in Lambeth, the number of new affordable homes acquired went from 370 in a year to 1,010, clearly not keeping up with the rise in demand.

The nineteenth-century flats on Rushcroft Road have been owned by Lambeth Council since the 1970s, when they were compulsorily bought for demolition to build a new motorway and high-rise council housing in Brixton. These plans fell through and Rushcroft Road remained.

Many of the flats were sold, but some remained council-owned and were given over to short life tenancies, essentially temporary housing agreements. These tenants were later moved out by the council, the flats left empty and finally occupied by squatters.

Hambly, a music technician, described his reasons for squatting: “It’s really not about freeloading, it’s about opportunity. I didn’t want to earn £6 an hour on a building site my entire life, trying to make something of it. Not having to pay rent gave me freedom. I’ve been running a studio down the road for over four years now.”

In the past decade, several squats on Rushcroft Rd have been evicted, with the last evictions taking place in 2009 in Hereford House and Rosslyn House.

However, evictions continued in the area – the Clifton Mansions squat on Coldharbour Lane was brought to an end last summer using heavy-handed tactics with riot police and bailiffs to remove the residents there.

Clifton Mansions was put on the market in early 2012 for several million and has now been bought for an undisclosed price by Lexadon, a private property developer who own several properties in Brixton, including 354 Coldharbour Lane – previously the Angel pub and currently a temporary space for arts collective the Brick Box. Lexadon has already begun refurbishment of 22 apartments and four commercial units in Clifton Mansions. Information on their plans can be found here.

This article was updated on June 14 2012 to reflect the fact that Rushcroft Rd buildings were also short-life accommodation for a period in their history.

Who will be the Brixton Bolt?