A man was arrested after riot police stormed a burning flat on the Cowley Estate, Brixton.

More than 30 officers, some in protective gear and shields, gathered outside a ground floor flat on the estate, on Brixton Road, at about 5pm yesterday (Tuesday). They used a battering ram and batons to smash windows after smoke and flames were seen by worried bystanders.

A police spokesperson said today (Wednesday): “Officers found two women in their 30s, both of whom had sustained head injuries. Both were taken by ambulance to a south London hospital where they were treated. None of the injuries were deemed life-threatening or life-changing.

“A suspect was located inside premises at Woodchurch House. When flames were seen at a window, Lambeth officers, with the assistance of Territorial Support Group officers, forced entry to the premises.”

A 40 year old man was arrested and remains in custody at a south London police station.

At one point before police entered the flat a young girl was seen running from a flat on an upper storey of the buildings as flames engulfed the curtains of the ground floor apartment below.

Two fire engines arrived at the scene shortly afterwards but it seemed the fire had already been extinguished. 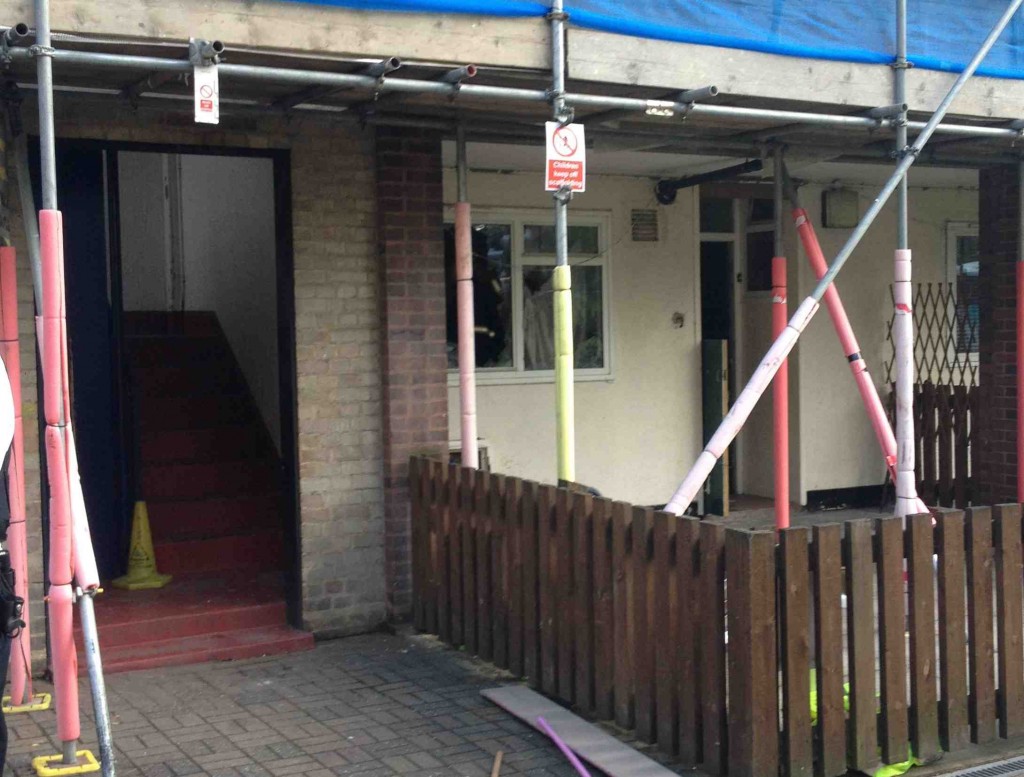