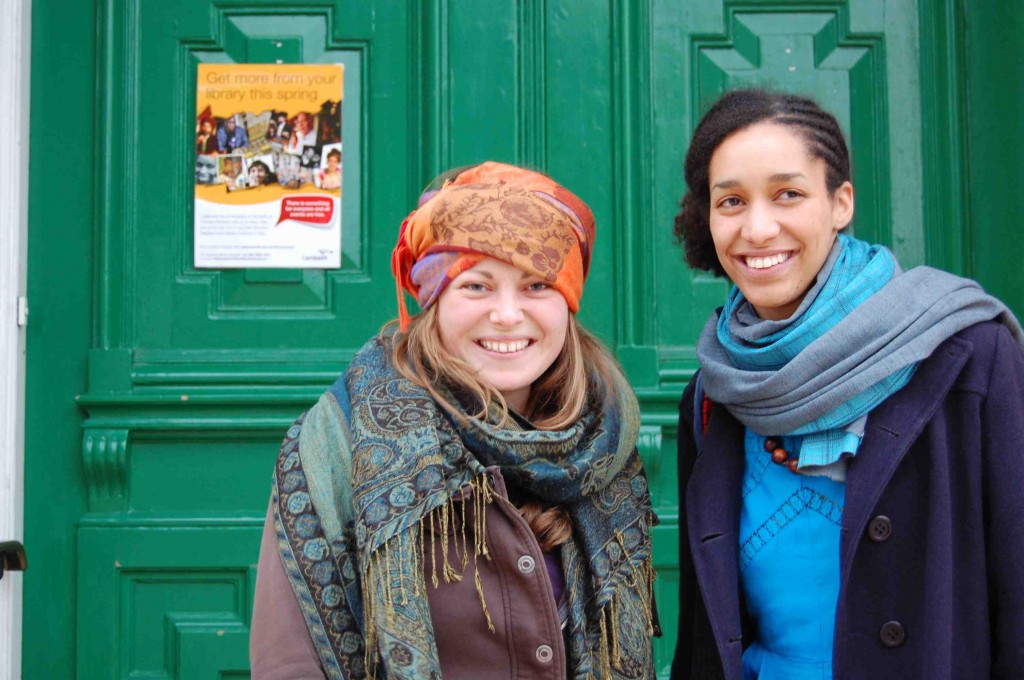 This week, Amy Baker from London’s Stories hears from Fan Sissoko and Camilla Marshall, founders of Brixton People’s Kitchen about the aims of the group to reduce food waste and how people can get involved

Fan: It all started off the back of my final MA project on Design and Sustainability. It led me to meet a few people in Brixton and across London and one of the guys I met was Steve, the chef who launched the People’s Kitchen in Dalston. He told me that he wanted to spread the idea and so I decided to do it in Brixton.

Camilla: I got involved because in September I had just moved back to the UK from Berlin. There they have similar things all over the place. It’s a really normal thing to find in a pub or a café. You could eat every night in a People’s Kitchen in Berlin if you wanted to – just on a donations basis. It’s the same idea – bringing people together and eating well on as little money as possible.

I had been to the People’s Kitchen in Dalston and when they told me that Fan was setting one up in Brixton, I got in touch. We met up to brainstorm, Fan had a lot of great ideas and so we decided to hold a test event at the Women’s Institute in Brixton.

To get supplies for the event we went to New Covent Garden Market and took some of the food that is thrown away there. This market supplies all of the other markets in London so they have amazing organic produce. We were just amazed at the piles and piles of fresh fruit and vegetables, all in such good condition, which for some reason have been thrown away because they don’t quite make the mark. This was just a one-off event. Since then we have built up relationships with other shops and they give us food rather than us having to take it from bins.

F: We felt weird just taking it. There are mountains of perfectly good food going to waste and you just wonder why! You see other people doing it who are obviously regulars. We split into two groups of two. On our side, everyone was friendly, the workers told us to come back and made jokes asking us “what’s for dinner tonight ladies?” but on the other side the girls had quite a hard time, there was a security guy bothering them. It’s a weird experience. Everyone agrees that it is wrong to throw that amount of food away but it’s these guys jobs to tell us off for doing it!

After the event at the WI we decided to hold our first Brixton People’s Kitchen at Myatt’s Field Park. I live really close to there and they run some really great projects.

C: They run a lot of events there [Myatt’s Fields] that are designed to bring the community back together. They have a community greenhouse, which is great because we sometimes get food from them. The first event went really well but it was freezing! It was the middle of winter and we were in a shed! Everyone was cooking in their hats and scarves!

F: It doesn’t matter if you come along and you can’t cook because there is always someone there who can. There is always something to do whether it is the chopping, washing up or even just telling jokes! I really like the idea that no matter what you can do, there will be a job for you – no matter how bad your cooking skills are.

F: I love going there not knowing what’s going to happen. I love seeing how people interact and how things take shape, how everything works out and becomes a meal. Because I’m not from London I don’t know that many people here and don’t have any family here so it’s really nice to be able to meet people in my neighbourhood of all ages. It’s a family feeling.

You can support Brixton People’s Kitchen by visiting their Facebook Page. Their next event is this Sunday. 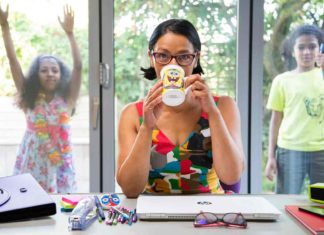 22 September, 2015
We use cookies to ensure that we give you the best experience on our website. If you continue to use this site we will assume that you are happy with it.OKPrivacy policy