A man has been charged with the murder of 18-year-old Nana Darko-Frempong, shot dead outside Purser House, on the Tulse Hill Estate, in June last year. 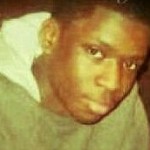 Nathan Deacon, 24, of Paulet Road, Camberwell, became the sixth person to be charged over the incident, and will appear in custody at Camberwell Magistrates’ Court on 24 April.

Two other men, Tafari Deacon, 26, of Streatham High Road, Streatham and Christopher Gabriel, 24, of Melfort Road, have already been charged with Darko-Frempong’s murder. They will appear at the Old Bailey on 20 July.

Nana Darko-Frempong, 18, was shot four times before his attackers escaped in a car on 6 June last year.