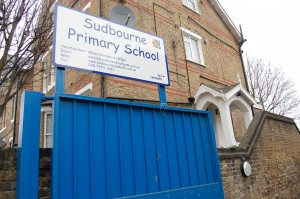 Parents, teachers and community members have voted an overwhelming ‘no’ to proposals to turn Sudbourne Primary School, Hayter Rd, into an Academy

A massive 82% of respondents said they did not want Sudbourne to convert to Academy status. The most cited reason for the ‘no’ vote was ‘harm to other schools/redistribution of funds/divisive/selfish’, with ‘future risk unknown’ and ‘privatisation’ close behind. ‘Extra income’ and ‘greater control’ were the biggest motivating factors for those who voted in favour of the Academy proposal.

There were 107 respondents, of which 88 thought Academy status would be a ‘bad idea’, eight people thought it a good choice, six said they did not know and five voted for ‘neither’ option. The school estimated this amounted to about one third of the parent community.

The results are not binding and the ultimate decision rests with the governing body, who will meet this month to vote on the Academy plans.