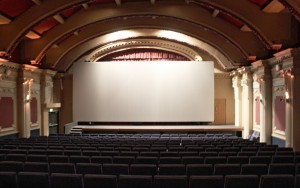 Parties, paedophiles, and period comedies. Yep, it’s just another week of new releases at the cinema.

The big new release this week is Project X, a raucous, rude comedy about a trio of friends throwing a chaotic party, which plays like a mash-up between Skins and Superbad, yet with less of a moral compass than either. Adopting the increasingly popular “found footage” conceit (see Chronicle, Cloverfield) and packed to the gills with sex and drugs, it’s had the critics frothing with moral rage on Twitter. The Telegraph’s Robbie Collin has gone as far as to suggest that “The army should wait outside PROJECT X screenings, look for people who come out saying “that was good”, and simply shoot them in the head”. Rest assured you won’t be executed should you choose to watch it, even if you do enjoy it, which is not beyond the realms of possibility.

Also opening this week is gruelling Austrian drama Michael, starring Michael Fuith as a paedophile who keeps an 11-year-old boy captive in his cellar. It’s an extremely disturbing, clinical, almost Haneke-esque effort which has divided audiences since its premiere at Cannes 2011. Though it’s far from a barrel of laughs – and certainly no date movie – it’s still probably more fun than the saccharine Michael from 1996, in which John Travolta sugared up the screen as a be-mulleted angel.

The lesser-spotted Minnie Driver returns in Marc Evans’ spirited, 1976-set comedy-drama Hunky Dory, about an idealistic drama teacher struggling to get her students to perform a version of The Tempest. It promises to be heartwarming – if hardly revolutionary – stuff, and features a great, Bowie-inspired soundtrack.

The big highlights at the Ritzy this week are the two rare screenings (on Friday and Saturday night at 11pm) of Martin Scorsese’s 1980 classic Raging Bull, starring a never-better Robert de Niro as the brutal, bully-boy boxer Jake LaMotta. It’s one of those films that’s just begging to be seen on the big screen, where the sheer presence of de Niro, complemented by Michael Chapman’s astonishing black and white cinematography, can be fully appreciated.

Fresh from last Sunday’s runaway Oscar success, Michel Hazanavicius’ charming silent homage The Artist continues its run (daily at 6pm), so catch it while you can.

Though we love it so, the Ritzy’s not the only place to catch a film in Brixton, so before I leave you, a tip of the hat to Loughborough Junction’s intimate Whirled Cinema, which this week screens the icy police procedural drama The Silence (which will appeal to fans of TV’s The Killing), and the epic, unbelievably violent Korean thriller The Yellow Sea. It’s sweeping, gripping stuff, but be warned: there’s lots and lots of stabbing!