Zaha Hadid has won the RIBA Stirling Prize for Architecture for her design of the Evelyn Grace Academy in Shakespeare Rd, Brixton. It is the first time a school has won the £20,000 award and is also the first school designed by Hadid. It beat the hot favourite, the Olympic Velodrome.

The Evelyn Grace Academy is an ARK (Absolute Return for Kids) Academy, set up by Arpad ‘Arki’ Busson, a hedge-fund millionaire. It had an especially complex brief. The average school takes up more than 8 hectares, but Hadid had only 1.4 hectares of space to play with in Brixton. Even more challenging – the Academy is structured as four small schools under the leadership of one Principal, so Hadid had to create a space where these schools could be independent but still maintain a sense of unity.

The Academy’s specialism is sport and Zaha Hadid’s team cleverly solved the problem of space by inserting a 100m running track right up to the front door. The judges said, ‘this is a design that literally makes kids run to get into school in the morning.’

Angela Brady, RIBA President and Chair of the judges, said: “The Evelyn Grace Academy is an exceptional example of what can be achieved when we invest carefully in a well-designed new school building. The result – a highly imaginative, exciting Academy that shows the students, staff and local residents that they are valued – is what every school should and could be. The unique design, expertly inserted into an extremely tight site, celebrates the school’s sports specialism throughout its fabric, with drama and views of student participation at every contortion and turn.”

This is the second year running that Hadid has won the Stirling prize, with the Maxxi Museum of 21st Century Arts taking the top spot last year. 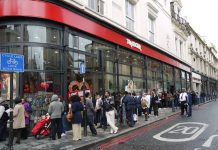 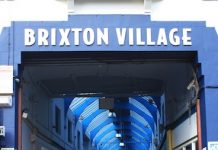 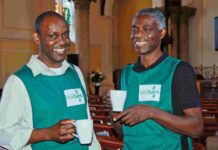